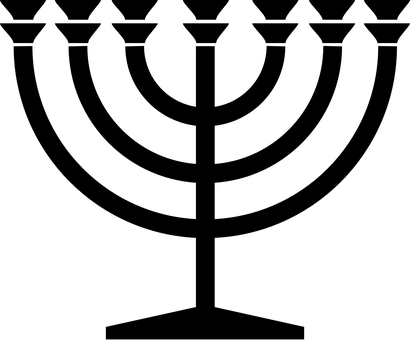 A highly industrialized place like America where everybody is living a fast-paced lifestyle will likely influence anyone, even the most spiritual people in the world.

It is no wonder why immigrants are expected to adapt than to hold on to their traditions. The best example is that the American Jews.

Sylvia Barack Fishman, the renowned author of Jewish Life and American Culture described the Jews of this generation as the “new hybrid form of Judaism”.

Let’s take a look at the impact of American culture to the Jews living in America.

Jews are always associated with Judaism as this is their faith just like Islam to Muslims.

According to a survey done by Pew Research Center, one in five Jews describes themselves as non-religious or does not have any religion at all.

Jew immigrants have brought their traditions and culture together. But, today’s generation now relies on educational institutions to teach history to their children. This is why it’s no surprise when religion and other traditional practices are changed, if not entirely gone. To remedy this, parents frequently go on kosher tours and Jewish themed holidays to at least give their children a glimpse of their habit.

But even so, they are still proud of the Jewish descendants. It’s just that they’re living in a modern world where often than not, certain practices are no longer implemented.

In Irving Greenberg’s book Jewish Valves And The Changing American Ethic, he discusses how American civilization widely accepts happiness in the sense that they almost deny the existence of death.

“He looks like he’s still alive.” Or”He’s settled okay.” — Those phrases alone manifest the way American culture denies death and mourning. But in Judaism, funerals are ceremonial yet remain very natural. There’s absolutely not any embalming and cremation as they believe that the body should go back to the ground where they belong just the way they are. Moreover, the burial must be carried out as soon as possible.

But American Jews nowadays are gradually adapting to the American method of mourning and even do cremation as well.

Now, intermarriage is now widely recognized in Jewish society. Rabbis and other Jewish scholars are afraid that the tolerance of intermarriage may lead to the extinction of their American-Jewish community.

As mentioned previously, most Jews now claim to be non-religious. Most of the atheist Jews are involved an intermarriage and interfaith marriage.

In a survey done by Pew Research Center, 37 percent of intermarried Jews said that they are not exposing their kids to Jewish traditions in any respect.

Nobody can tell if intermarriage has an impact of lessening the religious Jews in America, but the numbers are evidence that it can be the reason after all.

That is why Rabbis and Jewish parents want their kids to be exposed to their Jewish roots. One great way is through celebrating holidays and vacations through kosher touring. With this, Jewish kids will have the chance to take part in interactive Jewish programs and be exposed to their own heritage.