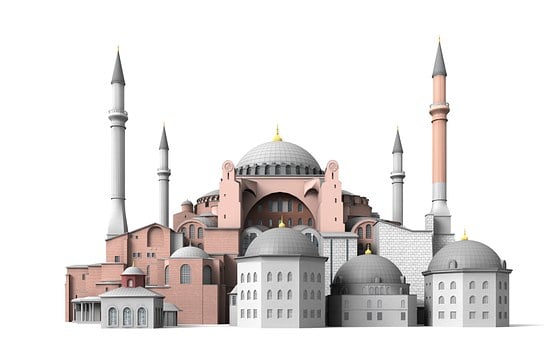 Now, freedom of religion remains a fundamental right in the United States. But, religious persecution and discrimination are increasing at an alarming rate with Islamophobia taking a substantial toll on the Muslim community.

Islam, Judaism, and Christianity are commonly referred to as the Abrahamic religions given that these religions all worship the god of Abraham. Given language differences, God is called by various names, yet they’re the same. Followers of the three faiths believe that there are prophets that God has sent to teach the people. It might surprise some people to learn that Muslims believe Jesus will return. Islamic texts state that Jesus will come back on the Day of Judgment when he will destroy the anti-Christ.

Myth #1: Muslims Do Not Believe in Jesus

Myth #2: Most Muslims Are Arabs

Myth #7: Islam Is Intolerant of Other Faiths

Myth #8: Islam Promotes”Jihad” to Spread Islam by the Sword and Kill All Unbelievers

Myth #10: Islamic Prayer Is Just a Ritualized Performance With No Meaning

What a lot of folks don’t know is that Jesus has a central and an inimitable role to play in the Muslim faith. Muslims faithfully believe that Jesus was a prophet who had been given an outstanding message – the gospel (injil) to share with all people. This message both supported what was instructed in the Torah and foreseen at the coming of Prophet Muhammad. However, while Muslims embrace the belief that Jesus was a servant, teacher, and devotee of God’s Word, they do not accept as true that he was divine or the son of God.

The Quran references Jesus, or Isa, twenty five times. The Quran says that Jesus was born of the Virgin Mary and is”high honored in this and the next world.” Islamic ideas concerning Jesus contrasts from Christian lessons, notwithstanding, however, we also share numerous basic convictions: the virgin birth of Jesus to Mary, profound regard for the secret of God, love for Jesus, and an ability to gain from his lifetime since we look for joy with God.

Muslims do revere Jesus as an important prophet, although Muslims don’t believe that Jesus is the son of God. This represents a significant difference between Christian and Muslim views of Jesus, yet Jesus remains an important figure in the Muslim faith.

There have been lots of issues and conflicts that have unfortunately existed between Christians and Muslims over the centuries and will continue to exist, as the close relationship and theological bonds were forgotten under the pressures and priorities of modern politics. However, these political conflicts do not negate this rich history and theology.

In response to this dramatic rise in religious intolerance and, religious discrimination, associations such as the National Alliance for Religious Tolerance have been established to attract people from different faith communities together to combat this alarming trend.

ONLive Streams’ mission is to help debunk the myths and misconceptions surrounding the various interfaith traditions practiced by the major world religions in our regional communities. ONLive Streams’ religious tolerance initiative removes the need to attend an interfaith house of worship. ONLive Streams overcomes this barrier by providing a live-streaming solution so people from various faith communities can find an insider’s view into the world’s greatest religious institutions, practices, and customs.