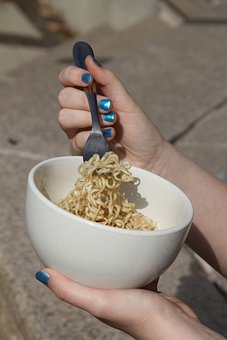 Top Ramen Noodles can be made in such a way to contain lots of the vitamins and essentials we need. They create a perfect food for space colonists, says at least one research for NASA. It does make sense and so long as you have heat and water you can take these packs without cost of gas to get this out of the air.

Now then, if we use these kinds of foods as part of the plan for space colonists on Mars, we maybe able to sustain life using this concept. When building a colony on Mars, which has water in the form of ice, it maybe helpful to have such foods which do not weigh very much but can be added with water once we eat them. A colony on Mars, which is set near or in the ice cap makes sense. By burning a piece of ice, boiling it for security and then adding it, may be the reply to food supply and nutrition.

Even though some work will have to be performed on this concept, it certainly makes a lot of sense to take a small Top Ramen Noodles with you if you are going to be stuck without food on another planet or in route during long-term distance flights. Think on this.